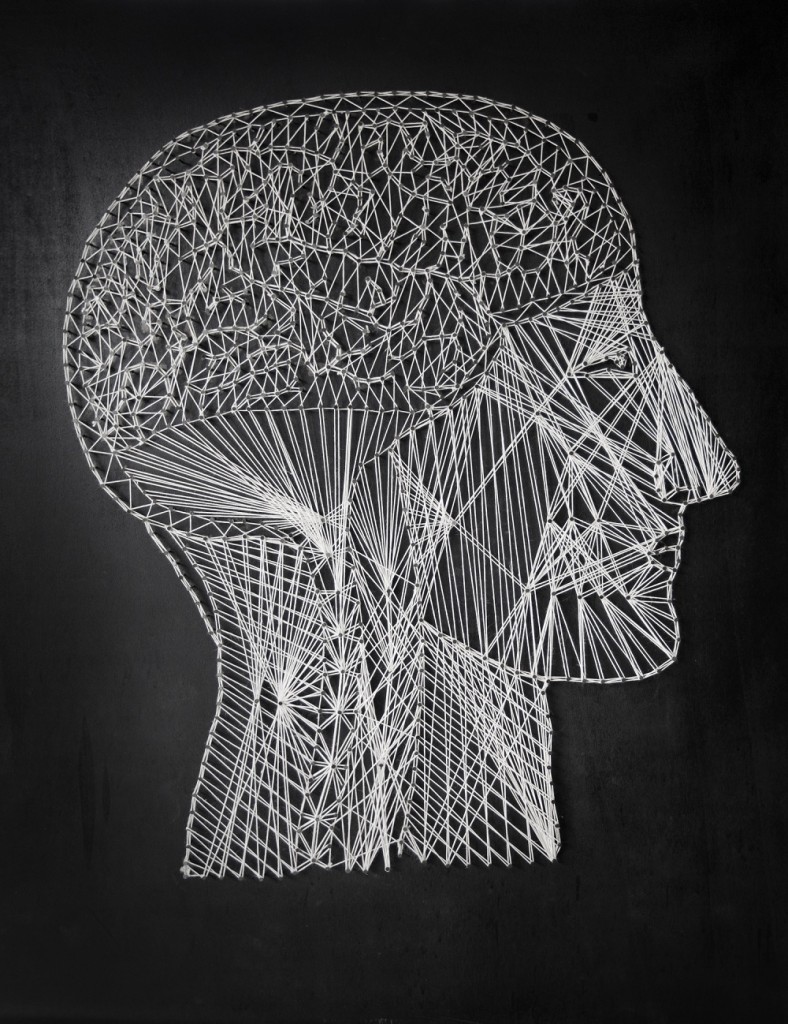 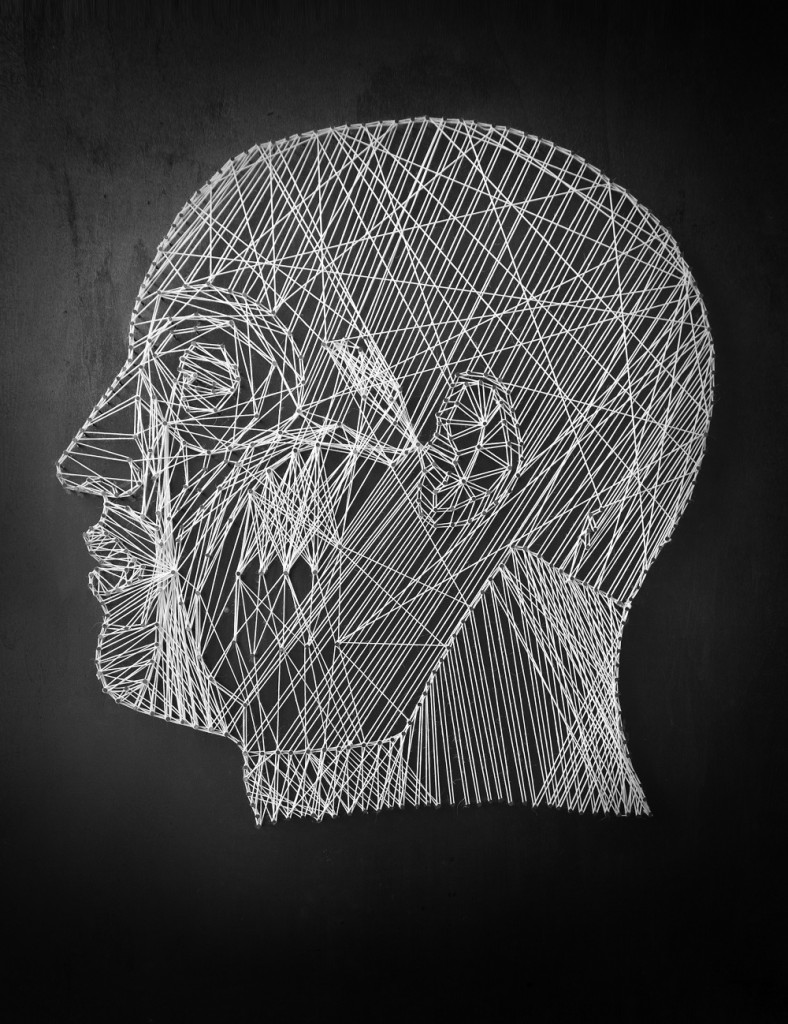 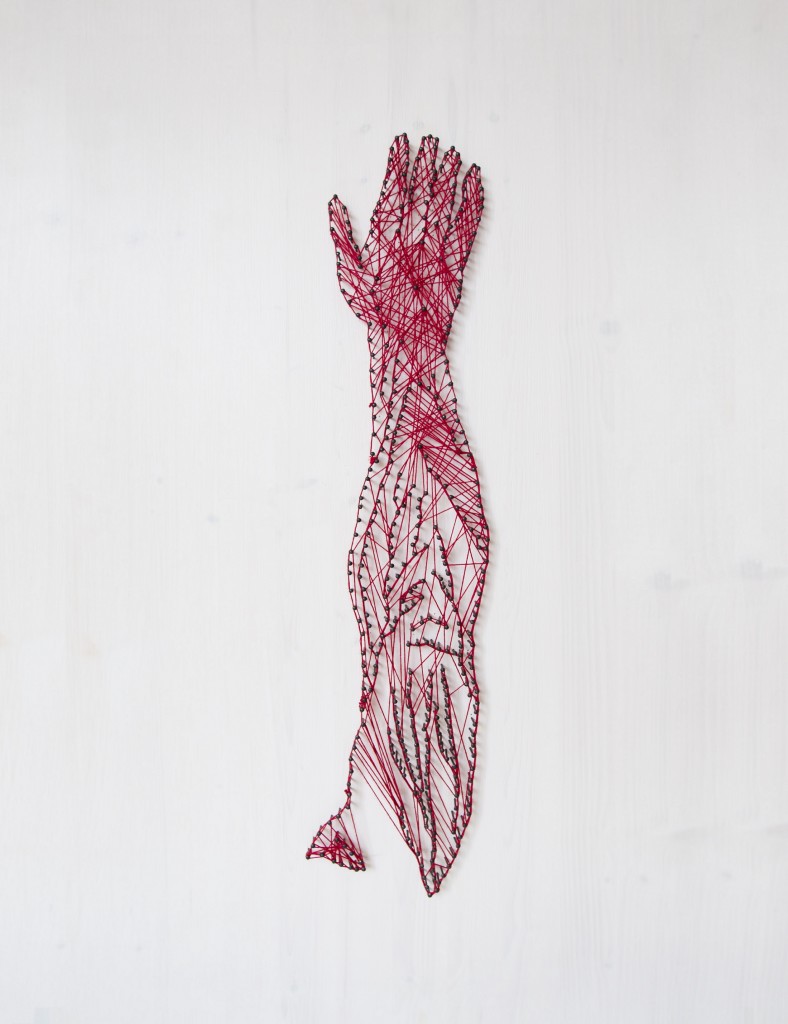 In Your Arms (© Alan Dindo) 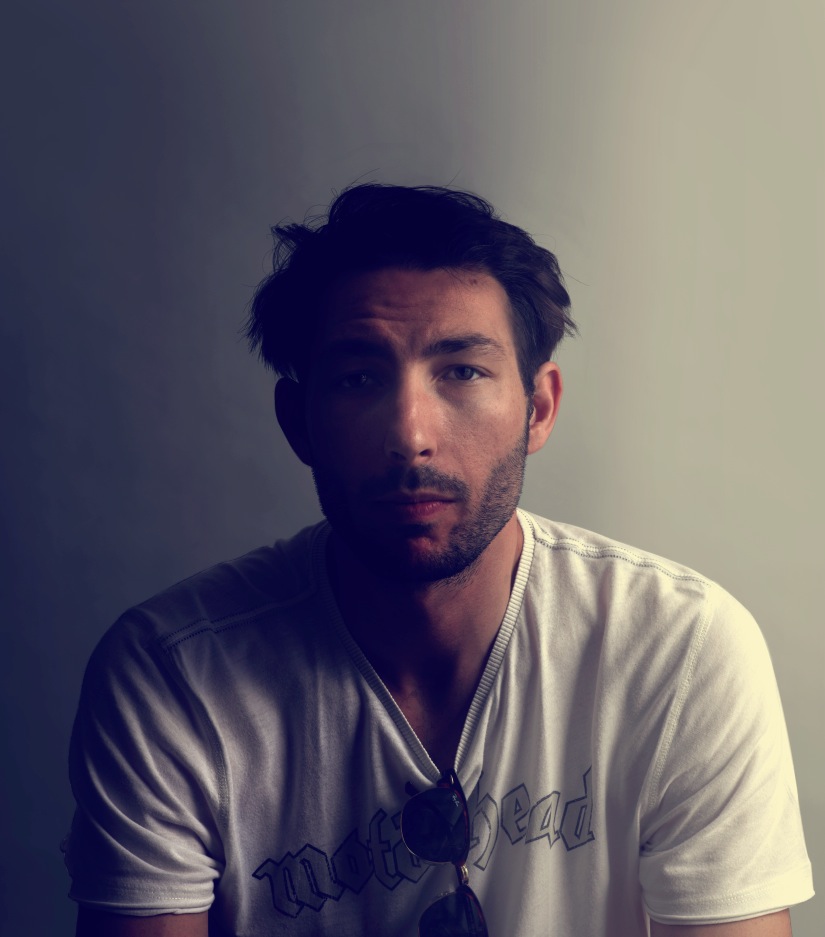 BIO
It is said that life hangs by a thread: we are all effected by events outside our control. To follow the thread of a conversation, to use a pickup line on someone, to pull the strings in a situation. The metaphor of the thread has always been used to refer to human destiny or to ordinary states. We have a lot of examples from mythology to technology. Arianna, Arachne, Penelope, from the Fates who spin, hold and cut the threads of ordinary mortals’ destiny, to the threads of the world wide web. In these works the thread at the same time an archaic and a contemporary idea becomes a medium to interweave a story about art and to reveal images, scenarios and messages by the threads that embrace the nails. Alan Dindo is an artist based in Rome. As an artist he is an emerging one. His works range from graphic art to the creation of works using a wooden surface, nails and threads. As a professional he has been an Art Director for 4 years, working for mcCann Rome.