The pieces that comprise Lisa Nilsson’s “Tissue Series” are made of Japanese mulberry paper and the gilded edges of old books. They are constructed by a technique of rolling and shaping narrow strips of paper called quilling or paper filigree. Quilling was said to have been first practiced by Renaissance nuns and monks who made artistic use of the gilded edges of worn out bibles, and later by 18th century ladies who made artistic use of lots of free time. Lisa finds quilling exquisitely satisfying for rendering the densely squished and lovely internal landscape of the human body in cross-section. 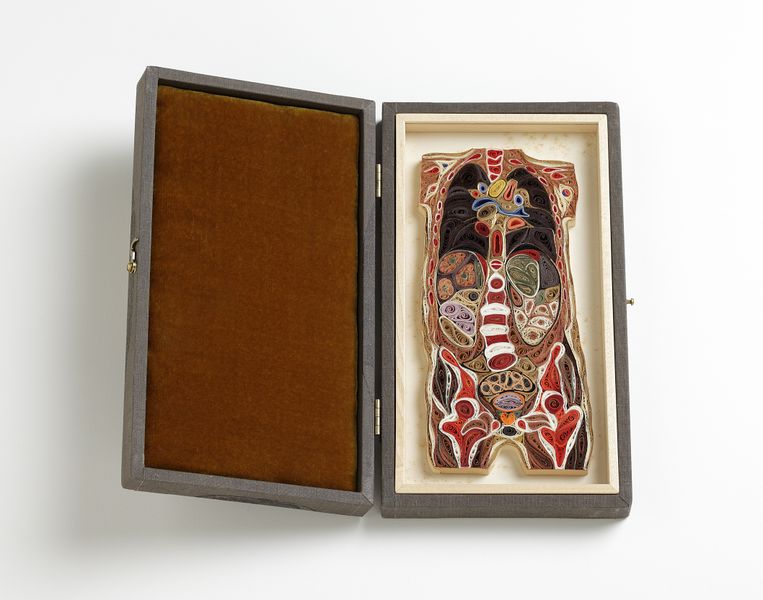 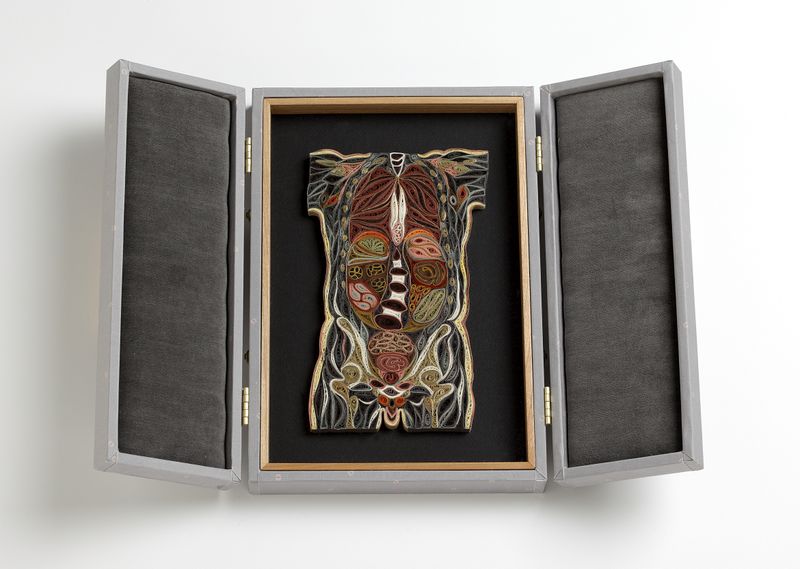 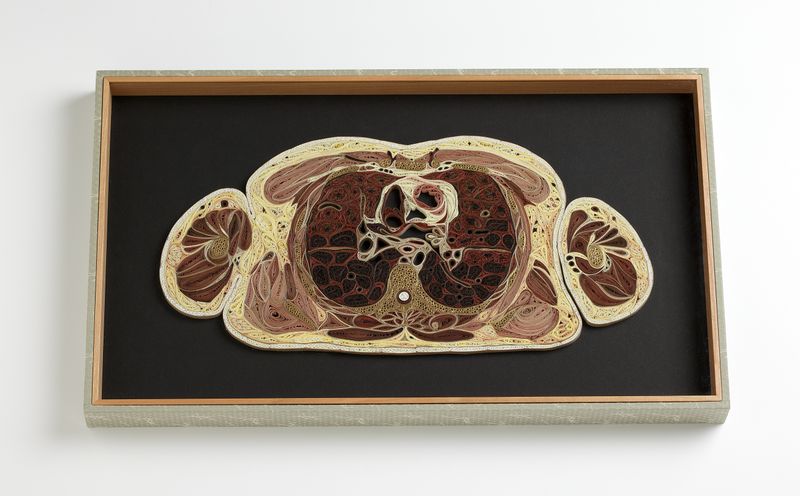 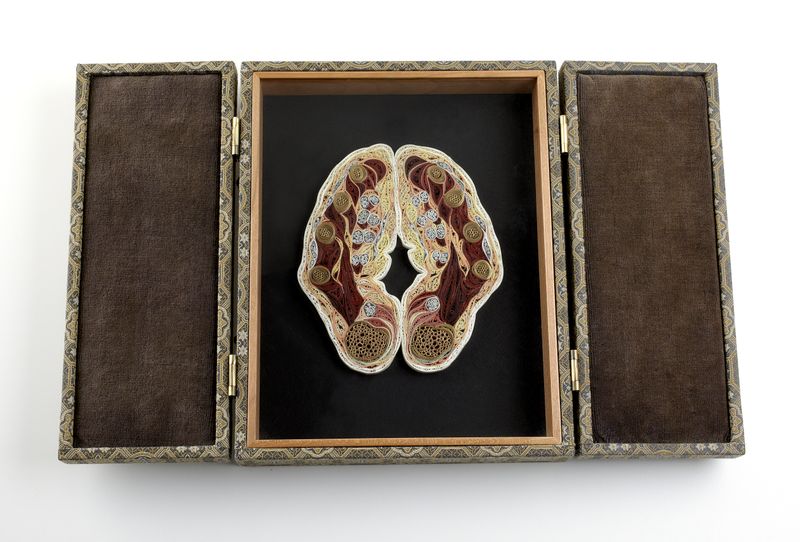 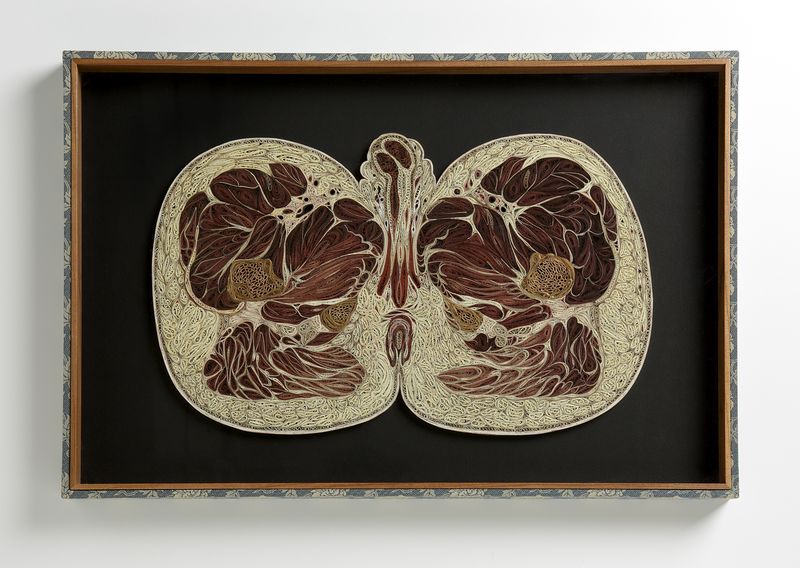 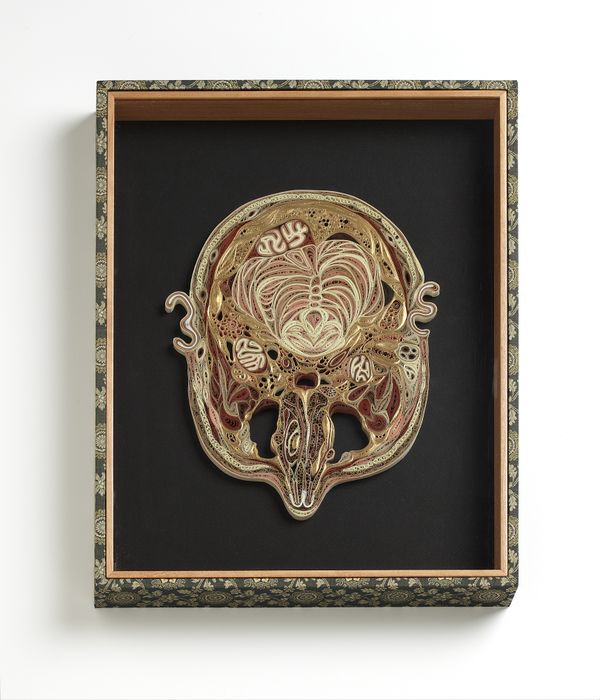 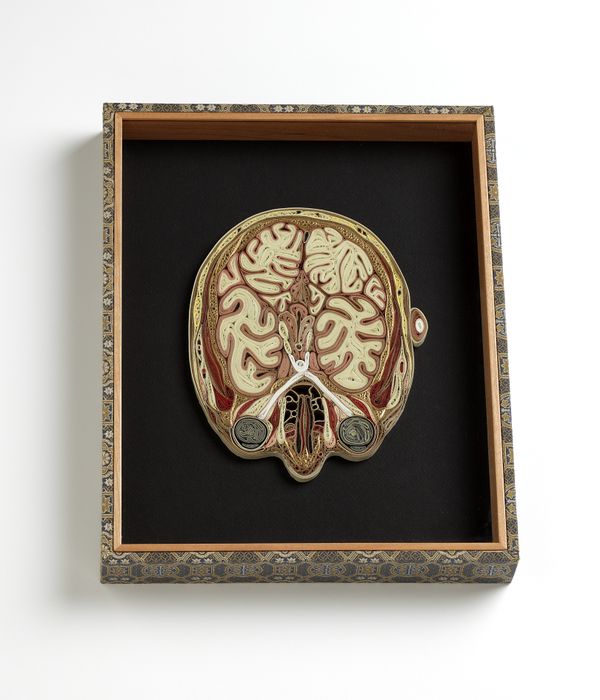 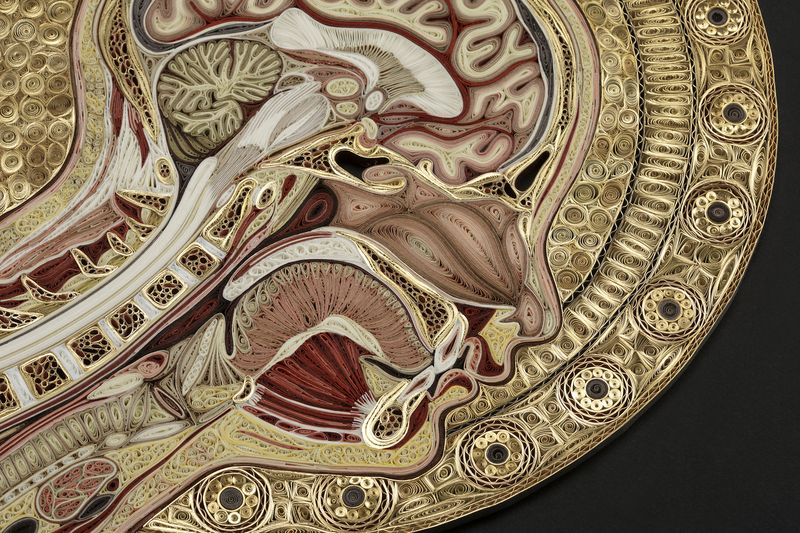 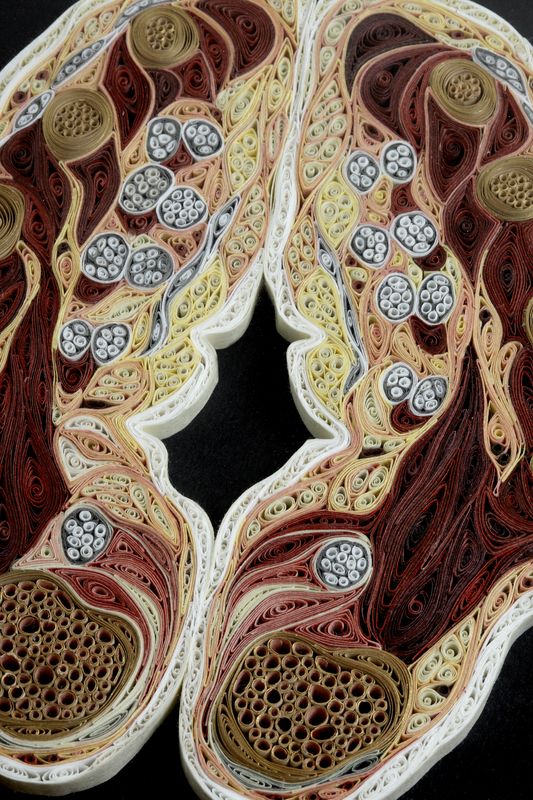 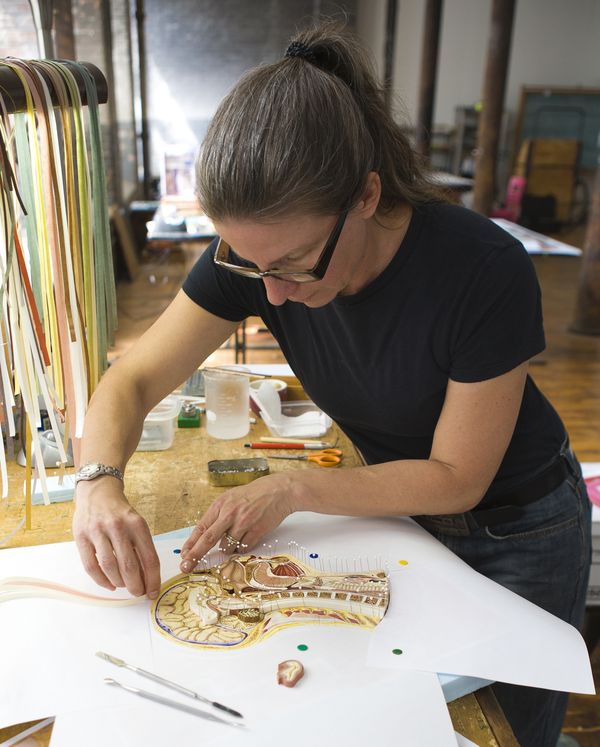 BIO
Lisa Nilsson is a graduate of the Rhode Island School of Design where she studied Illustration, and more recently of the McCann Technical School’s medical assisting program, where her “life-long aesthetic interest in anatomy and cool-looking medical things grew a bit more informed.” She lives in North Adams, Massachusetts and is represented by Pavel Zoubok Gallery in New York City.