“Cancer”. At the hearing of the word we feel small and weak. We have to fight against a beast that will scatter us. And yet ,there are many times when we are winners, like David who fought against Goliath.

When a woman learns that she has breast cancer, her world is shattered. Not only her life but also her femininity is threatened, since the breast is the symbol of her beauty, the female ornament of her being. It’s also the symbol of motherhood that gives life through feeding her little ones and a source of pleasure in her sexuality .

Mastectomy, inevitable many times for survival, does not cease to be a violent-aggressive intervention in woman’s body. Stress of castration wakes up. By losing either a part or her whole chest, her hair from chemotherapy (also element of femininity), she also loses her self-esteem and her sexual mood. Losing her breast, she enters a little more into men’s world or something that is intermediate, a frontier.

Women who face breast cancer usually do not even look at their own truncated image. Their reflection fills them with insecurity, shame and a sense of disability overwhelms them. Let alone photographed. That is why there are very few pictures of women before and after their surgeries.

And yet. Is this not something that happens to 1 out of 9 women? Should not they accept their new body? Doesn’t the different become normal when we look at it?

The wonderful women who collaborated with me in this project, having gone a long and arduous way to the absolute survival, give us an example of human will. They are images of the future. They show us that this is not the end of the world, and that they are here among us. They continue to live and they live well. Even better than before because they came into contact with themselves. They learned to love & take care of themselves. The disease became a self-realization journey for them. But not a lonely journey.

The positive attitude of their loving partners through support – in a difficult period for them too- was crucial to regaining love and acceptance for their bodies and enjoying their femininity and sexual life. 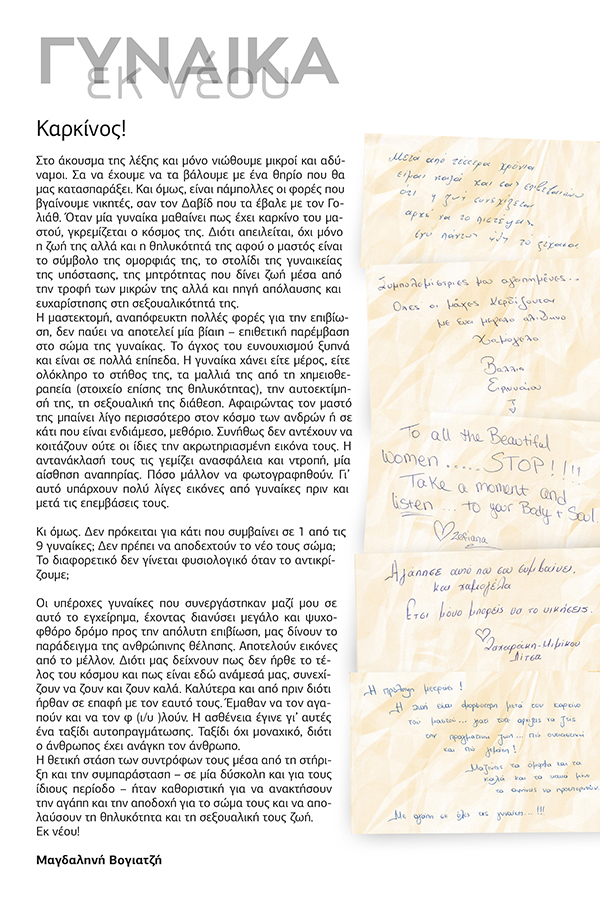 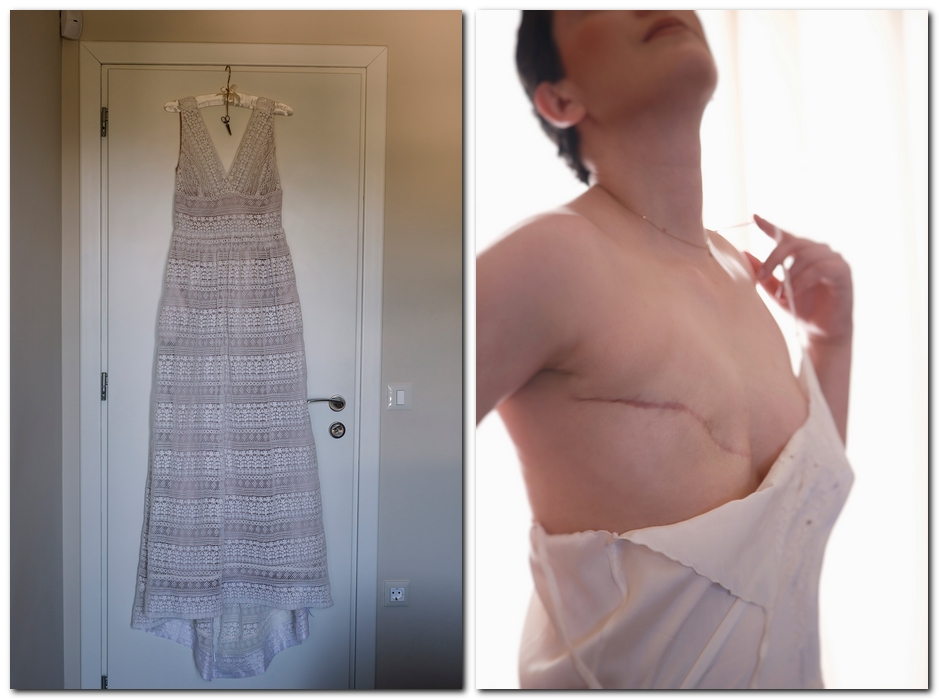 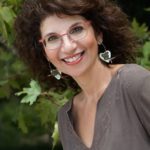 BIO
Magdalini Vogiatzi was born in Athens- Greece. She studied Stomatology and she is working in Chania Crete since 1994. She is an amateur painter and photographer. She attended the courses of LEFKI in Chania 2011 – 2015 and the seminar “Introduction to Digital Image Processing” organized by the Open University of Crete. She is a student at DIEK in Chania in the “Art of photography section”. Her photographs have been distinguished in Pan-Hellenic and Global Photographic Union, URI ,ICS, ISF. She has three solo exhibitions & she has participated in numerous group exhibitions in Greece and Cyprus and the Greek press (PHOTOgraphos, Photonet). Some of her works are at the “Museum of Contemporary Art – Olivepress” and in private collections. She is a member of “Hellenic Society of Doctors /Artists” & Founding member and President of the artists association in Crete named “Neorion Tehnis”.