“My artistic research focuses on entanglements of environment-culture continuum and planetary metabolism. By developing technological interfaces and relations with an organic and mineral soil agents I try to address the posthuman condition that involves mechanical, digital and organic logic within bio-politics and necro-politics of our times.“
Saša Spačal 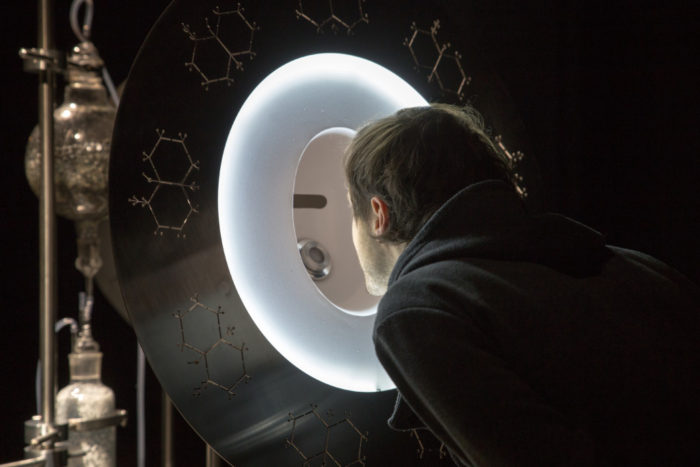 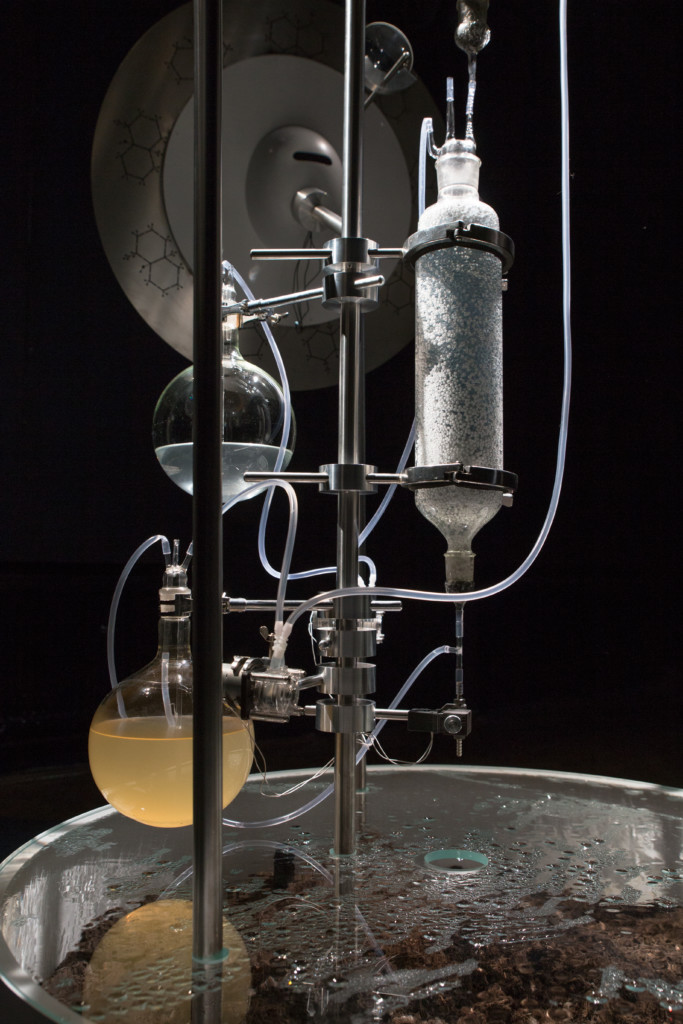 "Metabolus" (2017) // Artists: Saša Spačal, Mirjan Švagelj // “Metabolism circulates and generates novelty in all strata of matter/culture.” – Myra Hird. "The Streptomyces bacteria emit a seducing geosmin aroma, a single sniff of which can evoke the memory of a forest after rain. The aroma of wet leaves is intertwined with the history of human resistance to antibiotics. In the Anthropocene epoch agents are immersed in the planetary metabolic flow in which pharmacological doses are asymmetrically exchanged. Humans are no exception and our non-selective pharmacological spuriousness can result in deadly consequences. Can humans smell the rising resistance to antibiotics?" // More info: http://www.agapea.si/en/projects/meta_bolus-2 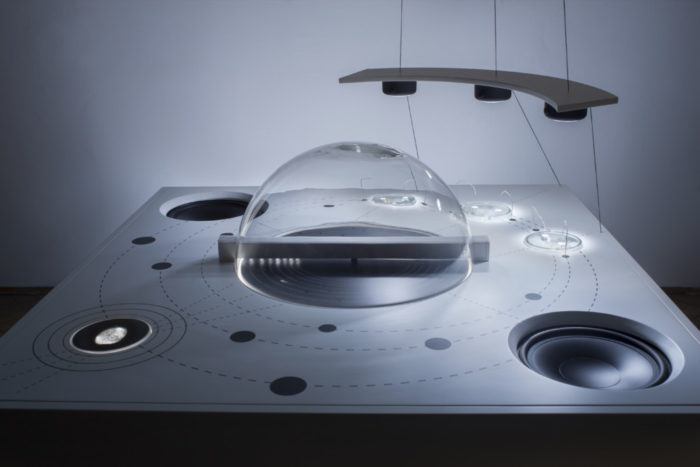 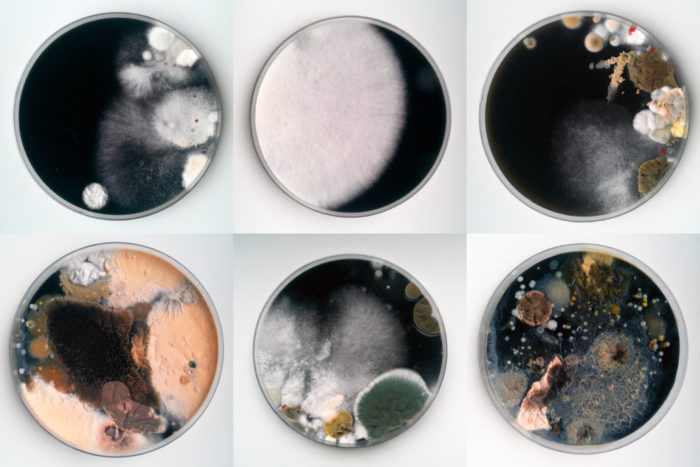 "Mycophone_unison" (2013). Artists: Saša Spačal, Mirjan Švagelj, Anil Podgornik. // "We are of the universe – there is no inside, no outside. There is only intra-acting from within and as part of the world in its becoming.” – Karen Barad, Meeting the Universe Halfway Matter as such is always defined by the point of view, but what if the body of the viewer is no longer only one? Ecological communities of microorganisms such as bacteria, fungi and archaea that constitute the microbiome of human bodies indicate the plurality of human body that can no longer be seen as one but as many, as multiple. Multiplicity of body does not act as one, each biological entity has it’s own role that is enacted in collaboration with others or on it’s own. Enactment defines and activates entities needed for completing the act that environment calls for. At that moment the body emerges in intra-acting with the environment, at that moment the body becomes and is perceived as one, however it’s entities are always multiple and never the same in the next intra-act. Oneness of the body as such emerges only in the specific spacetime, where it intra-acts and than dissolves into multiplicity that awaits it’s new becoming. Mycophone_unison in the spacetime of multiplicities serves as a navigation tool. A sound map of intra-action between three microbiomes of the bodies of it’s authors and the viewer. By pressing the fingerprint the viewer sends a signal to the map that processes it through the central celestial plate to the microbiomes that modulate it as a sound of unison. The multiplicities of the authors are heard as one for one brief moment in the here and now." // Photographers: Damjan Švarc, Kapelica Gallery Archive // More info: http://www.agapea.si/en/projects/mycophone_unison

Myconnect from Saša Spačal on Vimeo.

"Myconnect_connection" (2013) // Myconnect as symbiotic interspecies connector made of organisms with it’s circuit of signals and impulses, that are generated and translated by biological and technological organisms performs an immersive experience of symbiotic interdependence. In the Myconnect capsule nervous system of a person is integrated into human-interface-mycelium feedback loop via heartbeat. Mycelium’s oscillations of electrical resistance than generate temporal offset of the incoming heartbeat, that is transferred back to the human body via sound, light and haptic sensory impulses. Transferred sensory experience of the body tries to indicate the dependence of understanding of reality from the sensory impulses of the environment, while symbiotic link points out the integration of human being in the multilayered network of his or hers habitat. // Photo of Myconnect: Damjan Švarc, Kapelica Gallery Archive. // 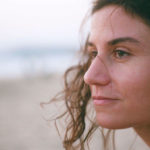 BIO
Saša Spačal is a postmedia artist working at the intersection of living systems research, contemporary and sound art. Her work focuses primarily on the posthuman continuum, where human beings exist and act as one of many elements in the ecosystem and not as sovereigns. Therefore abandoning the Cartesian system of classification and accepting the fact that the field of technology has expanded not only from hardware to software but also to wetware resulting in hybrid phenomena inscribed in mechanical, digital and organic logic. Her work was exhibited and performed at venues and festivals such as Ars Electronica Festival (AT), Prix Cube Exhibition (FR), Transmediale Festival (DE), Onassis Cultural Center Athens (GR), Chronos Art Center (CHN), Eyebeam (USA), Cynetart Festival (DE), National Art Museum of China (CHN), Museum of Contemporary Art Metelkova (SI), Kapelica Gallery (SI), Device_art (CRO), Art Laboratory Berlin (DE), Kiblix Festival (SI), Gallery of Contemporary Art Celje (SI), Museum of Contemporary Art Vojvodina (SRB), Lisboa Soa Festival (PT). She was awarded Prix Ars Electronica Honorary Mention and nominated for Prix Cube.